5 unique islands in Japan you have to visit

Planning another Japan vacation but unsure where to go next? How about some hidden gems of Japan's islands? Our guest writer Jaclynn Seah of The Occasional Traveller highlights the 5 best islands that will entice you to start packing your bags and head off for the land of the rising sun!

Tired of Tokyo? Want to venture beyond Osaka? Skip the tourist hotspots and head offshore to one of Japan's many islands for an adventure of your own. Here are 5 of our favourite unique islands in Japan.

1. Level up from visiting cat cafes to entire cat islands

Japan loves its cats so much that it has not one, not two, but 11 islands overrun with these felines! For many of these islands, cats were introduced as people took to dumping their pet cats in the wild rather than in shelters. Instead of succumbing to nature, these hardy animals instead started to thrive and while they may have been abandoned at the beginning, they now receive a lot of love from tourists and are even protected - no dogs or other potential predators are allowed on these cat islands.

How to get there: Spread throughout Japan, the easiest cat islands to visit are Enoshima (Kanagawa prefecture, closest to Tokyo) and Ainoshima (Fukuoka Prefecture) which are close to major cities.

2. An island for architecture and contemporary art lovers

Naoshima is a small island in the central Seto Inland Sea area that has found fame as a contemporary art destination. Home to several museums and structures built by famed architect Tadao Ando including a really fancy art hotel, spend a nice weekend wandering around taking in the art and make sure to see the famous spotted pumpkins by Yayoi Kusama - the red one is right at the port and the yellow one is close to the art hotel Benesse House. You can see the art all year round, but this island is especially popular during the Setouchi Triennale which is an art festival with various installations held on this cluster of islands in the Seto Inland sea area every 3 years.

How to get to Naoshima: The easiest way to get there is to take a train from Osaka westwards to Uno, and then take a short ferry ride to Naoshima. Alternatively, you can fly to Takamatsu in Shikoku which requires a bus transfer to the port, and then take a slightly longer ferry journey from there.

3. For the adventurous James Bond fan who doesn't get seasick

'Gunkanjima' or 'battleship island' is officially known as Hashima and gained fame as the inspiration for the abandoned island in the James Bond movie Skyfall. Once a coal mining area, the island was closed to the public in the 70s as demand for coal declined, and all that is left on the island are empty concrete buildings. Hashima was declared a UNESCO World Heritage site in 2015 as an example of Japan's Meiji Era Industrial Revolution and now, tourists are allowed to visit the island on special tours packages.

How to get to Hashima: Hashima is located close to Nagasaki in the southern Kyushu region. You can only visit the island via ferry on a tour, which is dependent on weather as the sea around the island is susceptible to bad weather, which can lead to tour cancellation or an extremely choppy and uncomfortable boat ride.

4. A lethal combination of kawaii bunnies and poison gas

Bunny lovers around Hiroshima should head to nearby Okunoshima to get their fill of fluffy rabbits who roam the island unfettered. No one is quite sure how the rabbits came to be exactly - speculation is that the rabbits were either descended from some rabbits released by school children, or a darker possibility is that these are descendants of the test subjects in the island's now-abandoned World War II Poison Gas factory. Now, the rabbits are the stars on their own island that you can feed when you visit.

Get used to rabbits running to you instead of away from you! Photo credit: jj-walsh/Flickr

The Okinawa islands are famous diving spots for the rich marine wildlife that passes through their waters, but Yonaguni of the Yaeyama Islands stands out as a dive spot for its unusual underwater features. The Yonaguni monolith was initially thought to be natural, but research has found that it is actually a manmade pyramid-like structure with steps cut into its smooth surfaces. Besides diving to see this underwater monument, Yonaguni is also very popular for hammerhead shark sightings!

How to get to Yonaguni: Yonaguni is the westernmost island of Japan and is actually closer to Taiwan than mainland Japan. There aren't direct flights from Taiwan though - you'll need to find your way to either Okinawa's main island Naha or another small island close by called Ishigaki.

Who built this unusual underwater monument and why? Photo credit: Jean-Marie Hullot / Flickr

Who wants to check out Japan’s islands now? Book cheap flights, hotels and car rental via Skyscanner or check out and download our free mobile app for easy browsing and booking on the go.

Published in January 2017. Any prices are lowest estimated prices only at the time of publication and are subject to change and/or availability. 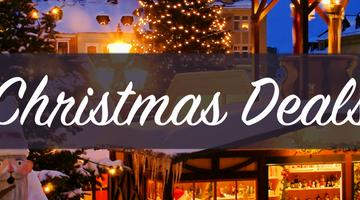 Thinking of travelling for a year-end holiday? Our Christmas Deals page is your cheat sheet, reveali ... 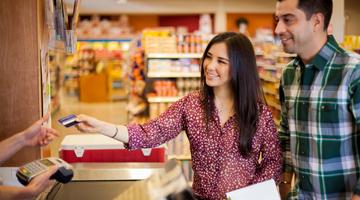 Why You Shouldn't Pay in SGD When Traveling

So why should you NOT pay in SGD for your next trip? We ask BankBazaar to settle the score. 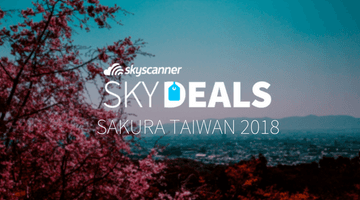 Did you know Taiwan has its own Sakura spots as well? Fly to cities like Taipei, Taichung or Chiayi ...

We can show only Economy prices for this search.

Prices on Skyscanner always include an estimate of all mandatory taxes and charges. The final price you pay for your tickets may vary as a result of additional options offered by the airline, such as luggage allowances or travel insurance.