Take advantage of this Super Combo Tour including attractions near San Francisco and enjoy a fun-filled day of sightseeing. 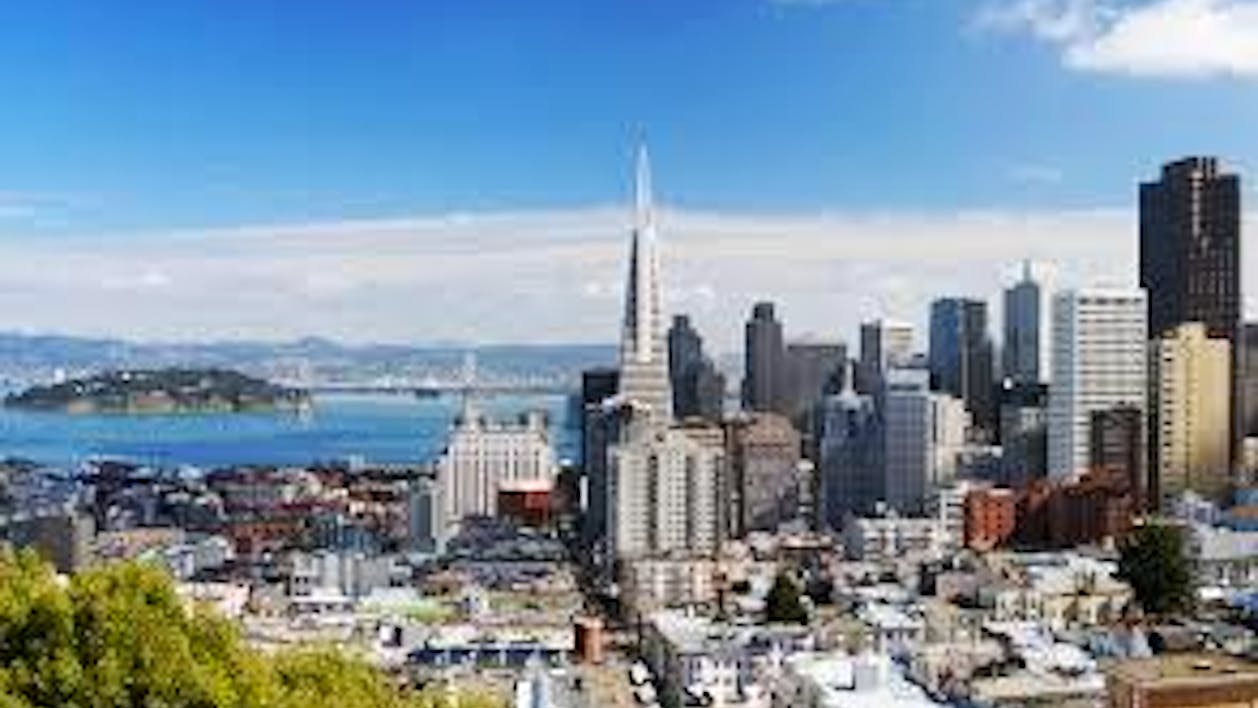 This exciting option allows you to combine the San Francisco Ultimate City Tour with the Muir Woods/Giant Redwoods & Sausalito Tour to create a complete sightseeing package! You’ll save $15 and enjoy an adventure-packed day in the city along with some of the Bay Area’s most stunning attractions.

All tours include free pick-up and drop-off from virtually any hotel in the central San Francisco area. Highlights include the “Total City” tour of San Francisco, as well as a Golden Gate Bridge crossing and a visit to breathtaking Muir Woods and scenic Sausalito.

See the city along with stunning attractions near San Francisco, including giant redwood trees and the beautiful coastal town of Sausalito.

The San Francisco Ultimate City Tour begins at the world-famous Fisherman’s Wharf, home to some of the world’s most celebrated seafood eateries. From there, you’ll continue past the Hyde Street Pier and the National Maritime Museum, before visiting Ghirardelli Square and “the crookedest street in the world,” Lombard Street. Proceeding into the city’s unique residential neighborhoods, you’ll see the Marina District, home to attractions including the Palace of Fine Arts and the Presidio of San Francisco, a former army garrison that’s been converted into a National Park.

You’ll then stop at San Francisco’s signature landmark, the Golden Gate Bridge, for a photo opportunity before continuing along the pristine coastline that abuts the city’s most prosperous residential quarter. After passing the famous Cliff House and Ocean Beach, you’ll arrive at the 1,017-acre Golden Gate Park, home to the recently restored Conservatory of Flowers and the Japanese Tea Garden, along with more than 6,000 plant species and a wealth of gardens, museums, and outdoor recreation areas.

After leaving Golden Gate Park, you’ll head through the row houses of the Sunset District, where you’ll see the Sutro Tower landmark before climbing up Twin Peaks, one of the highest points in the city. From here, you’ll enjoy a full panoramic vista of San Francisco and the surrounding suburbs.

Next, the Muir Woods Tour brings you across the Golden Gate Bridge, through the Rainbow Tunnels of Highway 101 to the tidal flats that extend along the bay towards Mount Tamalpais. Climbing the mountain, you’ll enjoy stunning views before descending into the valley that leads into Muir Woods. This is a particularly beautiful stretch of the tour, as the valley remains in the same pristine condition it was in prior to European settlement of North America.

Upon reaching Muir Woods, you’ll have a full 75 minutes to explore – more than any other tour offers! Stroll along the nature trail bordering Redwood Creek and head to Cathedral Grove and Bohemian Grove, where you’ll come face-to-face with ancient redwood trees that are 500 to 800 years old.

About 140 million years ago, much of North America was covered with large, ancient trees, not unlike the redwoods in Muir Woods. However, there are only two places where these trees still grow today: the western slope of the Sierra Nevada Mountains and a 500-mile slice of coastline extending from Northern California into Oregon. Unfortunately, most old-growth redwood trees were cut down many years ago, before their full value was understood. However, the trees in Muir Woods have been perfectly preserved. In 1905, a U.S. Congressman named William Kent and his wife, Elizabeth Thacher Kent, purchased a forested stretch of the California coast to save its trees from loggers. This land was donated to the U.S. federal government in 1908 and subsequently became Muir Woods, named after the famous conservationist John Muir.

Muir Woods is now a major part of the Golden Gate National Recreation Area and the redwood groves inside the park contain specimens that are over 250 feet tall; the most ancient trees in the grove are over 1,000 years old.

In addition to redwood trees, Muir Woods is home to a wealth of other rare flora and fauna. Its colors change with the seasons, so you’re assured of a spectacular show no matter what time of year you may visit. In autumn, the grove’s maple trees turn a brilliant shade of gold; in winter, the bright red toyon berries add a splash of vibrant color; in spring, the grove burgeons with stunning wildflowers, and in summer, the aralias, azaleas, and buckeyes blossom to life.

After leaving Muir Woods, you’ll head to the peaceful coastal town of Sausalito. Its Mediterranean-style villas and houseboat colony gives it a unique flair and you’ll visit the city’s historic center, which is designated as a National Historic Landmark District and is filled with beautiful boutiques, shops, restaurants, and galleries. If you’d like to spend more time in Sausalito, you have the option of taking a ferry back to Fisherman’s Wharf or the San Francisco Ferry Building at the foot of Market Street.

All in all, the Muir Woods Tour includes:

This complete package concludes with an in-depth Sausalito Tour, where you’ll have time to explore the quaint coastal town at your leisure. Sausalito was founded in 1775 by explorer Juan Manuel de Ayala, who named it after the Spanish word for “little willow.” Up until World War II, Sausalito was largely a shipyard and marine manufacturing center, until it was reshaped by a generation of artists and craftspeople who morphed it into a vibrant cultural node.

Today, the city’s waterfront is lined with yachts and houseboats known as “arks.” Its one-of-a-kind architecture and laid-back style gives the city a distinctly bohemian vibe and its historic Downtown houses a wealth of small, scenic parks, along with excellent boutiques, restaurants, and art galleries.

The city center is anchored by the beautiful Plaza de Vina Del Mar Park, with a sculpted fountain and a pair of 14-foot-tall elephant statues that were sculpted for the 1915 Panama-Pacific Exposition. As you stroll through downtown Sausalito, you’ll encounter everything from quaint independently operated shops to high-end boutiques, as well as sidewalk cafes and gourmet restaurants that capture the city’s love of the finer things in life.

Again, you’ll have the option of returning to San Francisco by ferry instead of coach at the end of your tour. The Blue & Gold Fleet ferry company offers service to Pier 33 of Fisherman’s Wharf in San Francisco.

This unbeatable three-tour value package is available all year round!

We offer sightseeing excursions and guided tours that highlight everything from LA’s most iconic sights to forgotten chapters of the city’s captivating past.

We also offer multilingual tours of Los Angeles attractions, excursions to movie studios and local theme parks, and beach tours that shine a spotlight on the city’s spectacular Pacific coastline.